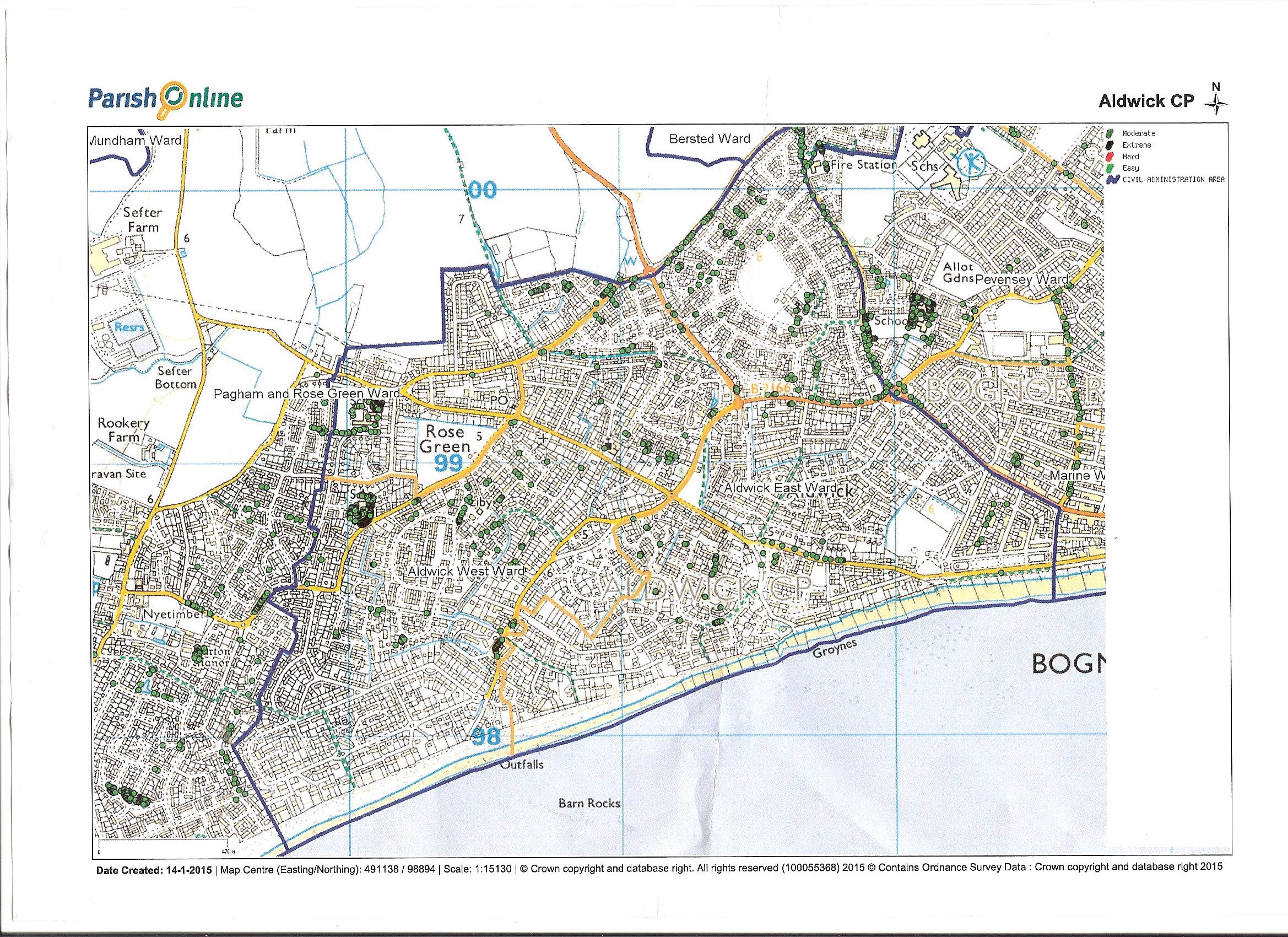 Aldwick has developed organically from the early 1900's from two or three villages of a few cottages starting at Nyewood Lane some 800mtrs west from Bognor Regis Centre and stretching to Sefter Road/Pagham Road [the boundary with Pagham] some two Km. further west in an area bounded by the English Channel to the south and the conurbations of Bersted and Bognor West as its northern boundary. All of the fields that existed have been infilled with estates of housing developments. The housing generally reflects the styles of the time of building. Most of the development took place from the late 50's including the large private estate of Craigweil. New developments can now being seen on the outskirts.

Aldwick is situated some eight miles to the south east of the city of Chichester which is the centre for the West Sussex County Council. To the West is Portsmouth and to the East is Littlehampton where the Arun District Council offices are located and further on one finds Worthing and Brighton.